Your CSR can achieve the 2030 targets: Supporting the UN Sustainable Development Goals

Add this event to any of these calendars

Get directions on Google Maps

If you have any questions please contact Yvonne Miranda at yvonne@amcham.com.my or +60 327270070.

The UN 2030 Agenda for Sustainable Developmentand the 17 Sustainable Development Goals (SDGs) are intended to provide a shared global framework to address the world's greatest challenges. But figuring out how to align your company's corporate social responsibility (CSR) initiatives and other business efforts with these goals, can feel like an uphill task.

Join us on Thursday, 20 September, for this forum as we focus on how we can engage the UN SDGs, to provide a clearer roadmap on the actions we need to take to improve our planet, as well as explore how American companies are aligning our CSR efforts to meet these goals.

Come and hear from Mr. Stefan Priesner, UN Resident Coordinator for Malaysia and UNDP Resident Representative for Malaysia, Singapore and Brunei Darussalam, as he delivers the Opening Keynote address on "Achieving Agenda 2030" and H.E. Kamala Shirin Lakhdhir, U.S. Ambassador to Malaysia as she delivers the Lunch Keynote on "Lessons from Today Towards a Sustainable Tomorrow".

Join the discussion and Q&A session with the distinguished panel comprising of Top U.S. Multinationals, including those recognized in 2017 under the MY AMCHAM CARES program - Honeywell, Johnson & Johnson and Pfizer (invited).

Register for this interactive forum and learn more about how your company can enrich its CSR program, enhance its corporate image and make the planet a better place. Please book your seat or table today! 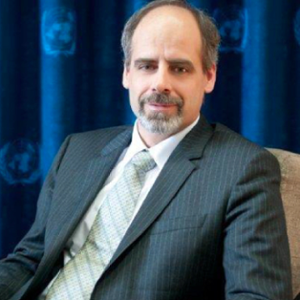 Priesner has extensive experience in international development and management issues and has been working with the United Nations Development Programme (UNDP) since 1996.

He has provided policy advice to Governments and overseen the formulation and delivery of a range of complex, multi-disciplinary development programmes in close partnership with government, bilateral, multi-lateral and other partners in various countries in the Asia/Pacific and Eastern Europe.

Before this assignment he was the UN Resident Coordinator and UNDP Resident Representative for the Republic of Uzbekistan from January 2013 through April 2017.

He also served the United Nations as UNDP Country Director in Bangladesh from September 2008-December 2012. In this function, Mr. Priesner was responsible for leading one of UNDP’s largest development operations globally in terms of oversight of programming, accountability as well as building relations with the government and other key partners.

Prior to joining UNDP Bangladesh, Mr. Priesner was the Deputy Resident Representative in Sarajevo, Bosnia and Herzegovina (2004-2008). He also worked as Deputy Chief of UNDP’s Sub-regional Resource Facility (SURF) for the Caribbean in Trinidad/Tobago (2001) as well as for South and West Asia in Nepal (2001-2004). During these three years, he led advisory missions to more than a dozen countries in the Asia/Pacific. In his early days with UNDP, Mr. Priesner served in Bhutan as the Head of the Governance Unit, during which he contributed substantively in consolidating UNDP’s governance programme. Before joining UNDP, Mr. Priesner worked in the private sector.

He is married and has two children. 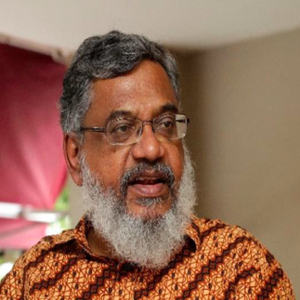 Prof Datuk Dr. Denison is also the Principal Research fellow at the Institute of Ethnic Studies (KITA), National University of Malaysia (UKM). PhD in Sociology from Oxford Brookes University, UK in 1996.
He is currently the Co Chair of the Malaysian CSO SDG Alliance. Appointed in 2016 as a member of the National SDG Steering Committee by the Economic Planning Unit, Government of Malaysia. He is also the Chair of the Asian Council for Solidarity Economy (ASEC) which is a member of RIPESS International.

Wrote a paper entitled “Gap analysis for sustainable development goals from a socio-economic & human rights perspective” (2015), commissioned by ISIS Malaysia as input paper for the National Implementation Framework in Preparation of the Proposed Goals and Targets on Sustainable Development for Post-2015.
Wrote a paper on “Reflections on key trends, experiences & best practices: Malaysian Experience” which was presented at the Civil Society Forum held on Oct 1, 2017 prior to the UNDP Regional Knowledge Exchange on Oct 2-3, 2017 in Manila. 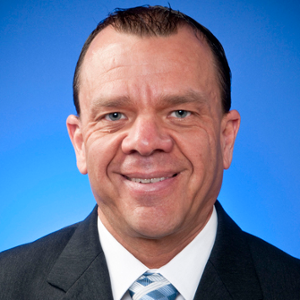 Previously, he was Vice President of Electrical Sales and Air Traffic Management for the Honeywell Aerospace Air Transport and Regional
business, which is headquartered in Phoenix, Ariz.
Brian is also the past Chairman of the Honeywell Air Traffic Management (ATM) council which defines ATM strategy across all 3 business segments including air transport, business and general aviation, and defense and space. His other responsibilities have included business strategy development for 2nd generation biofuels implementation.
Brian has previously served on the Board of Directors for the Air Transport Action Group (ATAG), based in Geneva, Switzerland. ATAG is an independent coalition of member organizations and companies throughout the global air transport industry, which advocates the environmentally responsible development of commercial aviation. He currently sits on the Board of Directors for several Honeywell joint ventures in the APAC region.
Davis joined Honeywell in September 2006 as leader of their Global Technical Operations organization for Customer and Product Support. Prior to Honeywell, Davis had over 20 years of experience in the airline industry in various senior management positions at Mesa Air Group, US Airways, Pro Air Inc., and United Airlines.
Davis holds a bachelor’s degree in Aviation Management from Southern Illinois University. He also is an FAA transport licensed Airframe and Power Plant mechanic and pilot. 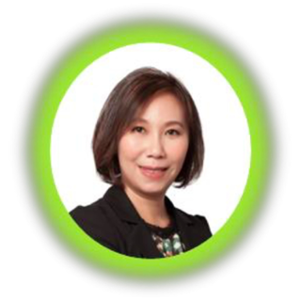 Peggy Fung Pik-Ha is the Country Manager and Pfizer Essential Health (PEH) Lead of Pfizer Malaysia and Brunei.
Based in the Head Office in Kuala Lumpur, Ms. Fung is responsible for the internal management and external representation for the overall Pfizer business in the country. As PEH business Lead, she also oversees the growth of Pfizer off patented products and generics across key therapeutic areas, sterile injectables and biosimilars.
Fung was appointed to her new role at Pfizer Malaysia in mid July 2017 and assumes the role officially in 2nd January 2018. Prior to newly appointed role, Ms. Fung has held various senior positions at Pfizer across multiple disciplines including marketing, sales, clinical research as well as country and regional management roles in Hong Kong, China, India and APAC region.
She served as Marketing Director for Pfizer Hong Kong from 2011 to 2013 where she drove innovative and customer-centric marketing strategies and brand development. Her far-sighted vision and ability to think strategically enabled her team to exceed forecasted business results for six consecutive years, resulting in her nomination to participate in the first Accelerated Leadership Development Program in Asia.
Ms. Fung was later promoted to Regional Therapeutic Area Lead in charge of Anti-infectives under Specialty and Oncology business unit. In 2015, she was appointed Critical Care Lead, GEP Regional Marketing where she played a key role in expanding Pfizer’s leadership position in Pfizer Essential Health (PEH) APAC. Prior to joining Pfizer Malaysia, Ms. Fung was based in India where she served as Senior Director of Marketing for Pfizer Essential Health.
A Hong Kong nationality, Ms. Fung holds a Master of Philosophy (Science) in Biology from The Chinese University of Hong Kong as well as a Master in Business Administration from University of South Australia. She is a fellow at Hong Kong College of Health Service Executive and Australasian College of Health Service Management. 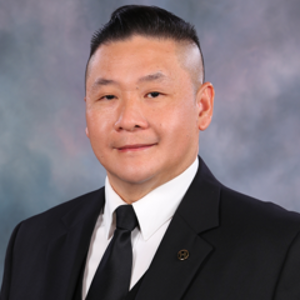 Chin Keat Chyuan is an inspirational and progressive leader, who nurtures and empowers his teams to deliver unprecedented top line and bottom line results.
Being a true Johnsonian, Chin started his career with Johnson & Johnson in 1997 as a Product Specialist in Medical Devices, armed with a 1st class honors in Biochemistry from the National University of Malaysia. Chin went on to earn an MBA with Merit from the Nottingham University Business School.
His lustrous career includes being the Medical Devices & Diagnostics (MD&D) Malaysia Country Director and the Ethicon Endo Surgery (EES) Franchise Director for ASEAN in 2010, as well as being the General Manager for Ethicon ASEAN. He held the position of Country Director for Hospital Channel, Malaysia in July 2014 under the ONE J&J business model before being promoted to his current leadership position as the Managing Director for ONE J&J Malaysia in November 2015.
In March 2017, Chin was appointed President of the Pharmaceutical Association of Malaysia (PhAMA) for a term of three years. A month later, Chin was appointed into the American Malaysian Chamber of Commerce Board of Governors. Chin has received multiple recognitions on his business leadership and has been accredited for the exponential regional growth for Ethicon during his leadership; and for building a strong business foundation and forging successful strategic partnerships with targeted customers under the current ONE J&J business model. 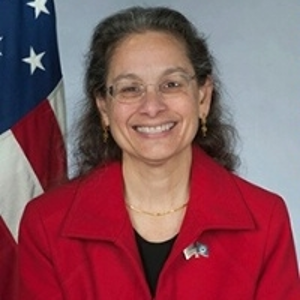 Kamala Lakhdhir was nominated to be the U.S. ambassador to Malaysia on June 16, 2016 and confirmed by the full Senate on December 10, 2016.
Ambassador Lakhdhir most recently served as the Executive Assistant to Under Secretary for Political Affairs from November 2011 until October 2015. From 2009-2011, Ambassador Lakhdhir was the U.S. Consul General in Northern Ireland.
Ambassador Lakhdhir joined the Foreign Service in 1991, serving at the U.S. Embassy in Riyadh, Saudi Arabia and then at the U.S. Embassy in Jakarta, Indonesia. Returning to Washington, Ambassador Lakhdhir was assigned to the Secretary of State’s Secretariat, advancing the Secretary’s foreign travel. From 1998 through 2000, she was the deputy director of the Taiwan Coordination Staff and then held a one year fellowship working for Congressman Doug Bereuter (R-NE) on the staff of the House Subcommittee on Asia and the House Subcommittee on International Monetary Policy and Trade.
From 2001-2005, Ambassador Lakhdhir was posted to the U.S. Embassy in Beijing, and then was Special Assistant to Assistant Secretary of State for East Asian and Pacific Affairs (2005-2006). From 2007-2009, Ms. Lakhdhir was the director of the Office of Maritime Southeast Asia in the State Department’s Bureau of East Asian and Pacific Affairs, which is responsible for U.S. relations with the Philippines, Indonesia,Malaysia, Singapore, Brunei Darussalam, and Timor-Leste.
Ambassador Lakhdhir graduated with a bachelor’s degree from Harvard College in 1986 and received a Master’s degree from the National War College in 2007. Born in Brooklyn, New York, she grew up in Brooklyn and Connecticut.

Connect with 23 people attending this event 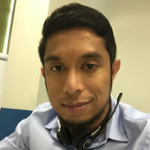 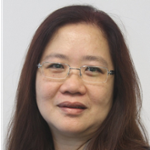 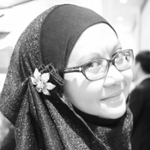 Staff of member company who is registered at AMCHAM as a representative of the organization.

Staff of a member company who is not registered at AMCHAM as a representative of the organization.

Bundle of Two with 10% Discount (for AMCHAM members only)

Buy two tickets or more and enjoy a 10% discount

Bundle of Three with 15% Discount (for AMCHAM members only)

Corporate Tables consist of 10 seats on an identified table with preferred table location; these are assigned on a first come, first served basis. Companies must supply their logos to AMCHAM for use at the table location.