Add this event to any of these calendars

Join us on Thursday, 3 December 2020 for a discussion on the core theme of AMCHAM'S Women's Week - "Girls to Leaders: The Journey"

We have lined up a couple of views that we hope will be grounds for a robust discussion: We kick off with insights on often unspoken challenges of Raising Girls. We then move the conversation into career development perspectives in our second panel - Charting the Path Forward, where we zone in on how companies arebridging the gender gap and enabling more leadership opportunities for women in the workforce. Be a part of the conversation.

This event is free to all AMCHAM members; however, registration is still required for access to this webinar. 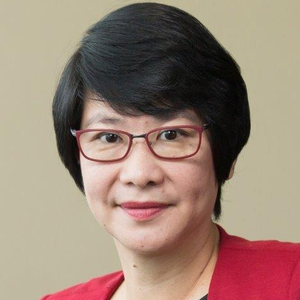 Ang Weina is a Partner at Deloitte Malaysia’s tax practice. She leads the Global Employer Services (GES) Division and has 30 years of experience with Deloitte in Singapore, Japan and Malaysia dealing with employment taxes, mobility policies, immigration compliance, equity compensation, remuneration planning and employer’s payroll compliance. She is featured regularly in local media and publications and has presented at local and overseas forums and symposiums. Her lab sessions include issues on Future of Mobility and facilitates how employers need to be ready with the industry evolution to enrich the employee’s experience. She is a Partner Faculty trainer at Deloitte University Asia Pacific.

Weina graduated from the National University of Singapore with a Bachelor of Accountancy. She is a CA (Singapore), CA (MIA), CPA (Australia), and an Associate Member of the Chartered Tax Institute of Malaysia. She is also a licensed tax agent and HRDF approved trainer.

Weina is a member of the Advisory Board of the School of Business in Monash University (Malaysia Campus) and is also appointed by the Board of Directors of CPA Australia (HQ) to the Professional Qualifications Advisory Committee (PQAC). She is also a LeadWomen Mentor under the LeadWomen national programme to bringing up more women leaders. 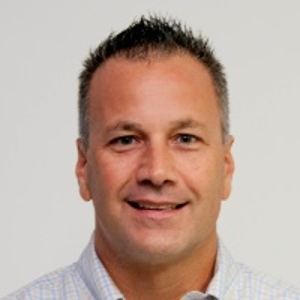 Dave Mitchell is Vice President of Operations for Boston Scientific’s Penang Operations. In this role, he is responsible for all aspects of the manufacturing facility in Penang.

Dave joined Boston Scientific in 2002, and has held various international roles within Boston Scientific Operations, including assignments in the United States, Ireland, and Costa Rica.  He has been responsible for IT/factory automation, product technology transfers, plant scale-up, program management, and global operations strategy.

Prior to joining Boston Scientific, Dave worked for the Ford Motor Company, where he spent 7 years in manufacturing, powertrain design, and vehicle strategy. Dave also worked at Accenture doing strategy consulting in the consumer products industry. Dave holds Bachelor’s and Master’s degrees in Mechanical Engineering from Pennsylvania State University, and an MBA from the University of Michigan.

Dave relocated to Penang from Boston, Massachusetts, USA, along with his wife Kristine, his daughter Nicole, and his son Kyle. 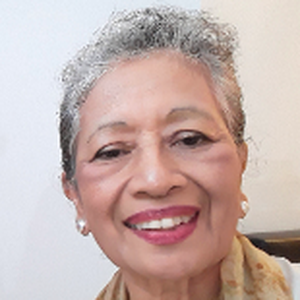 Dr. Asma Abdullah is a freelance consultant, trainer, author and coach on a range of subjects related to intercultural studies, corporate culture, women and leadership. She worked for 8 years with Maktab Rendah Sains MARA, followed by 22 years with an American multinational as a human resource practitioner and a partime lecturer at Putra Business School.

Her degrees are in Anthropology, Education and Counselling. She is also a member of the Fulbright Alumni Association of Malaysia.

She is a member of PCORE, Sisters In Islam, Persatuan Siswazah Malaysia, Persatuan Al Hunafa and G25. 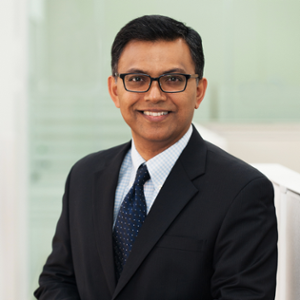 Abdul is presently Director of Government Affairs and Policy at General Electric Malaysia, responsible for engaging across all levels of government, supporting all of GE’s businesses in Malaysia. Prior to his current role, Abdul was Director of Global Public Affairs for Intel in Malaysia, where he engaged with federal and local governments, multi-lateral organizations and trade organizations to influence public policies and programs in the areas of trade, investments, technology and labor.

He started his career as a research engineer in the US and has since held technical, consulting and corporate affairs roles at United Engineers Malaysia, Accenture and Microsoft. He holds a bachelors degree in Chemical Engineering, and a masters in International Business, both from the University of Toledo, Ohio. He is an active member of AMCHAM's Government Relations Committee.

Abdul and his wife of 29 years have two children, a 19 year old daughter working on her Bachelor of Philosophy, Politics and Economics at UWA Perth and a 17 year old son, currently spending a season at a football academy in Spain. 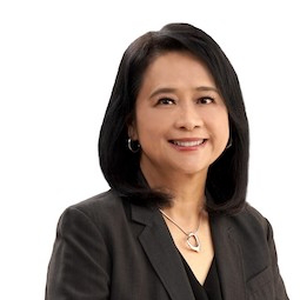 Chong Chye Neo currently serves as an Independent Director on the boards of Public Listed companies, namely Bursa Malaysia Berhad, Hong Leong Financial Group Berhad and Hong Leong Bank Berhad.
She retired as Managing Director of IBM Malaysia in Dec 2018 after 30 years of service and holds the distinction of being the first woman to helm the company in its then 57-year history in Malaysia.

She was part of the Information Technology (IT) industry for more than three decades, starting her career as a software engineer on the plant floor and as she progressed in her journey, took on leadership roles that spanned across multiple disciplines of technical, sales, Intellectual Property, business and strategy development. She led diverse teams to successfully drive businesses in markets across 15 countries in Asia Pacific. She also led in the turn-around of a number of businesses.

In 2016, Chye Neo was recognised with the “CEO Champion Award” by Talentcorp. In Nov 2017, she was appointed to Talent Compact 4.0, an advisory panel in response to the impact of Industry Revolution 4.0 and the implication to the future of work. In April 2018, she was recognised by the Malaysian Business publication as one of Malaysia’s 25 Women of Influence. She was also appointed to the Board of Governors of American Malaysian Chamber of Commerce in 2018 and now serves as an Honorary member.

She channelled her passion for talent development by contributing to LeadWomen’s development programs, ICAEW-Women In Leadership, Lean-in Malaysia and Monash University Alumni programs; and taught under the Teach For Malaysia Week campaign. She was recently a judge for the much coveted Kincentric’s Employer of the year award 2020 (Malaysia).

As part of her contribution to education and development, she regularly participated in forums and spoke on topics ranging from Women in Leadership to Digital Disruptions and Impact of Industry 4.0.

Cooking is her favourite past time and she loves experimenting with alternative ingredients in pursuit of healthy eating. She believes that delicious and healthy food contributes to a happy experience and that the art of cooking is never static, evolving as one continuously learn. 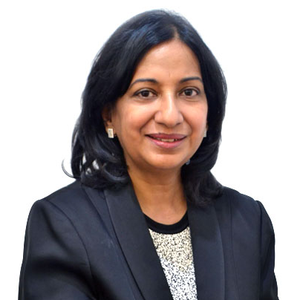 Shantini is a Chartered Clinical Psychologist with almost 30 years of experience in the field having trained and worked in the UK. I have also worked in Singapore prior to starting my private practice here in Kuala Lumpur. Having qualified in Child Development and in Clinical Psychology my focus is on working with Adults, Adolescents, Children and Couples.
I am a passionate advocate for refugees and work with them on a voluntary basis. I am a Fellow of the British Psychological Society. 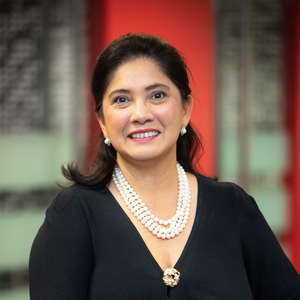 Siobhan Das was promoted in January 2020 as the first Chief Executive Officer of the American Malaysian Chamber of Commerce (AMCHAM). Serving initially as the Chamber’s Executive Director from January 2016, Siobhan has not only taken the Chamber to greater heights but she has strengthened the Chamber's presence with critical stakeholders, driving stronger engagement with its members and developing a powerful voice for its various business communities.

Siobhan assumed this newly created position at a very critical time for the Chamber leading it and its members through the global crisis of COVID-19. Insisting on a collaborative platform between the government and business stakeholders, under her guidance, the Chamber played a pivotal role in supporting businesses most impacted by the Malaysian government’s response. Siobhan positioned the Chamber so that it can support and effect policy changes that benefit not only AMCHAM Members, but other companies many of which support the U.S. business footprint in Malaysia. 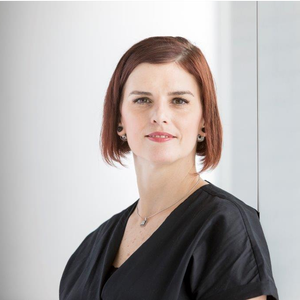 Tara Latini has 26 years of experience in transforming business operations into models of efficiency across multiple geographies – including London, New York, Hong Kong and Malaysia. Tara has held several leadership positions with HSBC Holdings, since 2004. Her most recent role is the Country Head of Wealth & Personal Banking (WPB) in Malaysia. Tara was the Global RBWM Transformation Program Director, where she achieved her goal of streamlining functions across six high-cost markets by leveraging digital technology and process improvements. Tara was also Chief Operating Officer for Europe, Middle East & Africa (EMEA) and for North America. 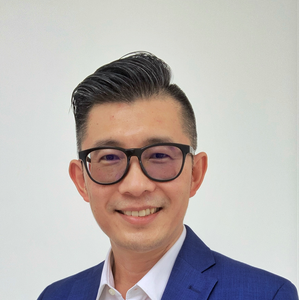 Johnny Liew has 24 years of experience in the field of Human Resources. Over the span of his career, he has worked in diverse industries within the manufacturing and R&D sector i.e. semiconductor, apparel, electronics manufacturing services, telecommunication and injection molding for local and multinational companies.

One of his career aspirations was to work in a greenfield project. He is now living the dream, as a pioneer member of a Hong Kong-based
company, which he has helped to set up in early 2019. Currently he is holding dual roles, as the HR Director and the appointed company
Director. Being a versatile HR leader and passionate about developing and helping people realize their potential at work, he considers his vocation in Human Resources as his life's calling!
Describing his career journey as adventurous and eventful, some of the notable HR spectrum he has been involved include organization and talent development, change management, leadership succession planning, company restructuring, project management of plant closure, strategic planning, performance management, leadership mentoring and coaching, collective bargaining with workers’ union, corporate social responsibility and compliance (RBA) and employee engagement. Off work and when away from his professional obligations, Johnny conducts HIIT workout in his workplace, serves actively in the local church in leadership council and as also as a Music Director.

Johnny graduated with a Degree in Economics from University of London. 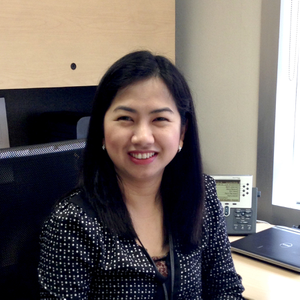 Experienced Senior Lawyer from the Philippines happily discovering that a challenging and fulfilling international law career is possible. With a demonstrated history of working in the tobacco industry in various countries and currently leading the law department in Philip Morris Malaysia.

Head of Function role in the Malaysia market, leading a team of 1 counsel and 1 legal assistant. As a member of the Management Team of Philip Morris Malaysia, this role’s primary responsibility is to counsel the organization to enable growth of the business to achieve the commitment we made of delivering a smoke-free future in Malaysia.