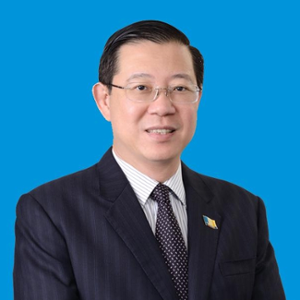 The Honorable Lim Guan Eng was appointed the fourth Chief Minister of Penang after the Democratic Action Party (DAP) swept all the 19 Penang state seats it contested in the 2008 General Election. At the said election, he was elected as a member of the Penang State Assembly from the “Air Putih” State Constituency and an elected Member of Parliament for the “Bagan” Parliament seat.

Prior to joining politics, Lim Guan Eng was a senior executive in the banking industry. He was elected as the Member of Parliament for Kota Melaka for three consecutive terms from 1986 until 1998. In 1990, Mr. Lim was appointed as the Socialist Youth Chairman of Democratic Action Party (DAP) and re-elected to the same position in 1992. In 1995, Mr. Lim was elected as the DAP’s Deputy Secretary-General. He was subsequently elected as the Secretary General of the Party in 2004 and was re-elected in 2008, a position he holds until today.

Since assuming duty as the 4th Chief Minister of Penang, Mr. Lim has successful brought resounding progress to Penang under a system of good governance based on the principles of ‘Competency, Accountability and Transparency (CAT). With a soul as one that adopts an ethical and moral leadership that professes and gives faith, hope and love, he has regained the shine for Penang. Since 2008, the Penang State government has managed to increase the state’s liquid asset by RM284 million to RM1.131 billion in 2010. In 2010, Penang created history by becoming the number one (1) state in Malaysian in attracting foreign investments of over RM12.2 billion.

Mr. Lim was born in December 1960. He holds a Bachelor’s degree in Economics from the Monash University, Australia and is a qualified accountant.

Mr. Lim is married to the Honourable Madam Betty Chew Gek Cheng, a lawyer and State Assemblywoman for Kota Laksamana in Melaka. They are blessed with four children. 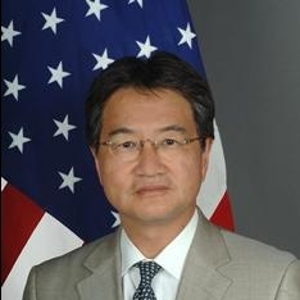 U.S. Ambassador to Malaysia at U.S. Embassy of Kuala Lumpur

Ambassador Joseph Y. Yun was nominated by President Obama on July 23, 2013, and confirmed by the full Senate on August 1, 2013, to be the United States Ambassador to Malaysia. 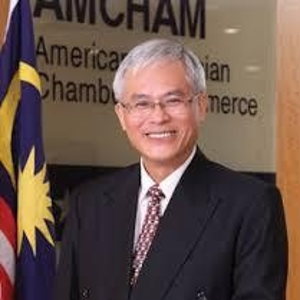 YBhg. Dato’ Siew Hai (SH) Wong has had 29 years of working experience in the electronics industry. He retired from Intel after 27 years of service. His last position with Intel was Vice President of Technology and Manufacturing Group (TMG) and General Manager of Assembly and Test Manufacturing (ATM), responsible for all assembly test factories worldwide. He also served as the Vice President and Managing Director of Dell’s Asia Pacific Customer Center for approximately 2 years.

Currently, he is involved in the electronics industry as the Chairman of MAEI and as a Governor of AMCHAM. In addition, he is a member of the Board of Directors of the Malaysian External Trade Development Corporation (MATRADE), under the Ministry of International Trade and Industry (MITI). In June 2012, he was appointed to PEMUDAH, a special task force to address public-private delivery services.

This is a past event